The 10yr Treasury has spiked and sits at 3.23% as of this writing.  It is the biggest single day move since the 2016 election.

Pundits are pointing to a variety of catalysts, none of which we believe are enough alone to create this kind of movement.  Commonly cited reasons thus far:

The move caught traders off guard.  Powell has been consistently hawkish – why were last night’s comments suddenly so shocking?   The Fed has been telling us all year that it expects to hike beyond neutral – how is this a revelation?  Payrolls have been consistently strong – why now?  Central banks have been withdrawing accommodation for years – this is not breaking news.

We suspect Powell’s comments were really just the straw that broke the technical camel’s back.  We’ve been highlighting the risk of higher rates in this newsletter for months as market sentiment just kept building.  Perhaps those chickens finally came home to roost.  Here’s that graph on record net shorts. 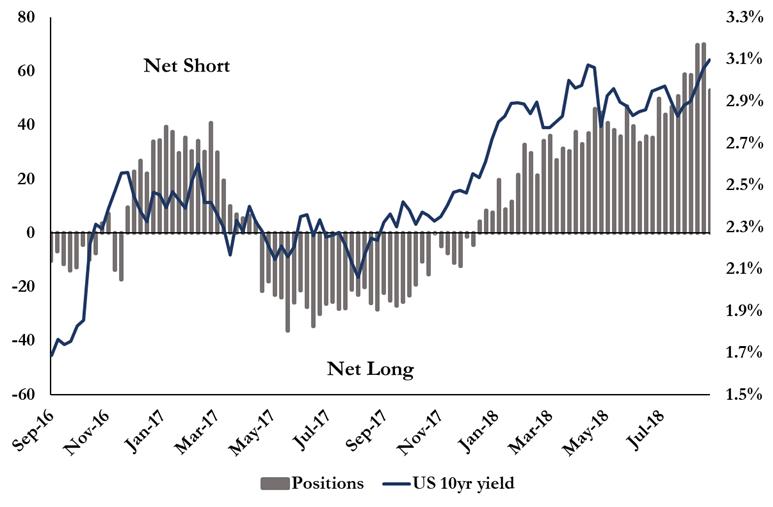 Front end rates are up as well, with the 2 year Treasury up 0.06% to 2.87%.  That move, coupled with increased volatility, will be bad for cap pricing in the near term.