There’s a Fed meeting on Wednesday and they will hike FF 50bps to 1.25%-1.50%, although inflation readings compelled several shops to call for a 75bps hike. I don’t think they’ll change course last second, but I do think Friday’s inflation report will encourage Powell to talk up 50bps in September.

While we normally view inflation as a y/y number, right now the monthly number is more significant. This is primarily for two reasons:

With each passing inflation report, the odds of Fed Funds going above 3.0% go up. There is no way Powell can start backing off rate hike talk and mention a pause in September right now. If anything, he will have to do more saber rattling. 50bps this week, end of July, September, and then 25bps twice and we have 3.0% FF.

I participate in a survey conducted by MacroPolicy Perspectives (https://www.macropolicyperspectives.com), an independent firm founded by my favorite economist of all time, Julia Coronado. They send it out about two weeks prior to a Fed meeting and then publish the results right before the meeting. The following are some highlights from 105 respondents’ expectations. Most respondents are economists or investment managers. One is apparently some bonehead state school knucklehead in the southeast to capture the “undereducated” demographic.

In just three months, the expectations for early 2023 have shifted higher by 1.50%. 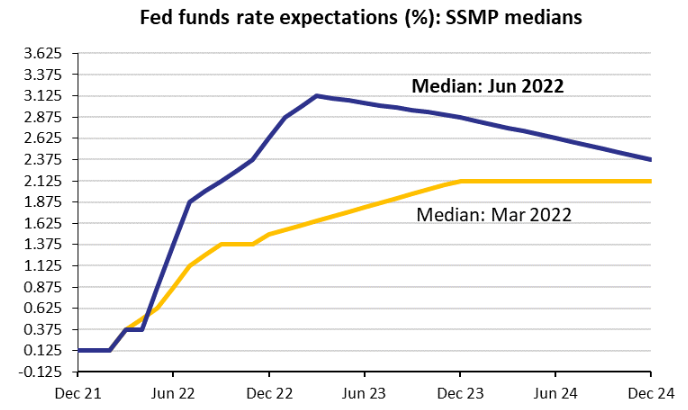 The odds are basically evenly split between a 25bp and 50bp hike in September. I bet this would be different if asked today rather than before the CPI print. 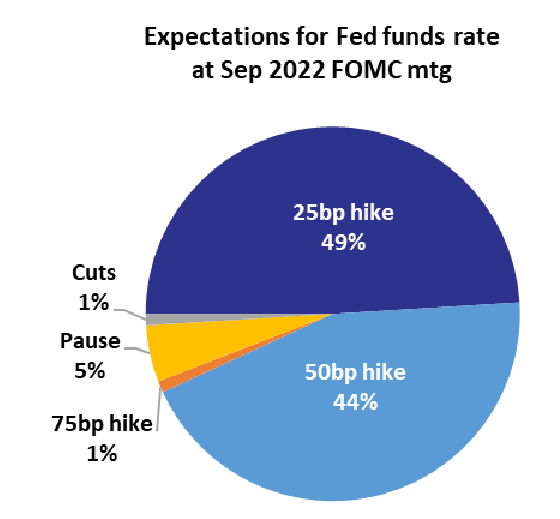 The survey concludes with a question about what risk is most underappreciated by markets. Not surprisingly, inflation tops the list.

I am one of the 6 that cited QT. I just don’t think we have any idea how QT will impact markets and have but a single prior experience with QT that ended abruptly when markets froze. I don’t think it’s more important than inflation, but I think all eyes are already on inflation. Inflation isn’t going to sneak up on anyone at this point. But QT?

I wish there was a formula that provided guidance on how many hikes a certain amount of balance sheet reduction equated to, but we have no clue. Interestingly enough, the survey asked that question and look how dispersed the answers were. 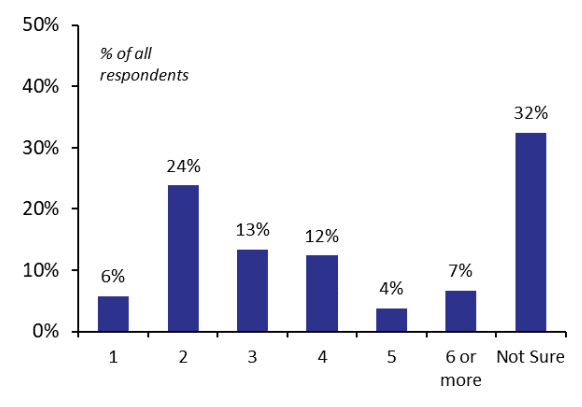 Until Friday, financial conditions had stopped barreling towards restrictive territory. I think heightened inflation fears could cause these to start climbing again.

The level to keep an eye on is 3.25%. We tested it briefly a month ago and we are testing it again. It has held since we exited the financial crisis.

If we break through 3.25%, it doesn’t mean we are headed to 4.0%, but it does mean we could be. All bets are off once a key threshold has been breached.

There are two key reasons why the 10T has not spiked the way the 2T has:

If market perception of these change, the 10T can absolutely climb higher.

If the market believes the Fed will have to hike us into a recession to kill inflation, the curve could invert.

The Fed meeting is mostly all that matters this week, but Retail Sales on Tuesday should also provide a glimpse into consumer resiliency. Two weeks ago, we highlighted that consumers were shifting spending to credit cards. That trend can prop up Retail Sales for some amount of time, but how long?