The new Top Gun is the most exciting movie ever made and we can’t be friends if you disagree.

The plot, if it exists at all, is absurd. The call signs are forced. The homages are overdone and too blunt. Dogfight Football is contrived.

But none of that matters. This is the best movie experience of my life. Sometimes movies don’t have to have a deeper meaning to be good. Sometimes they just have to entertain. And boy did this one deliver.

That made me wonder, “What if Top Gun characters were played by interest rate markets?”

Since there’s no real plot, you don’t have to worry about any spoiler alerts. There’s literally nothing I could give away here that would ruin the movie for you. Go see it and thank me later.

A single line uttered in the original Top Gun planted the easter egg for the newest edition.

Stinger: “You've been busted, you lost your qualifications as section leader three times, put in hack twice by me, with a history of high speed passes over five air control towers, and one admiral's daughter!”

All I see is cigar smoke and Tom Cruise pretending to be 6 feet tall.

She also sails, owns her own bar, and drives a sweet Porsche. Ultimately, she leaves us wondering how long she’ll be around and whether her relationship with Maverick is a temporary fling or the new normal. 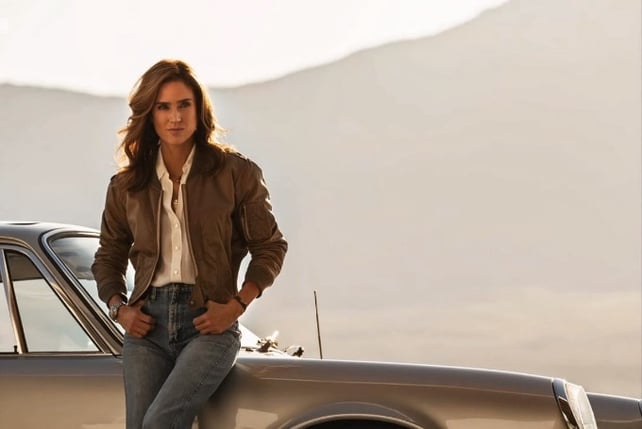 Unfortunately, inflation doesn’t look quite as good in a leather jacket…

Friday’s CPI is the next data point. The headline yearly number should show signs of easing, but that’s likely attributable to being measured off of last year’s spike (aka base effects). The monthly number will carry more significance and is forecasted to show an increase from 0.3% to 0.7%.

What?! Too harsh? He’s a fictional character that imaginarily died 35 years ago! Geesh…

This Econ 101 description of the correlation between unemployment and inflation has led policy makers astray since the financial crisis. Like Goose, the Phillips Curve is simple. Unemployment goes down, inflation goes up. Even this state school kid can follow that. 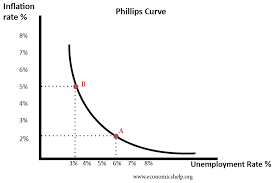 It’s time to move on from the Phillips Curve, yet we continue to cling to it like Maverick waiting on a Coast Guard rescue helicopter.

(Listen, I loved Goose almost as much as Maverick, but I needed someone!)

Another easter egg from the original, Rooster was the little boy sitting on the piano as Goose belted out Great Balls of Fire!

If you’re like me, you hadn’t heard of Rooster or the Beveridge Curve until the last week. Rooster, played by Miles Teller, is Goose’s son and he is tapped for Top Gun with Maverick as his instructor. Awkward…

The Beveridge Curve was highlighted in a speech last week by Fed Governor Christopher Waller. It measures the relationship between job vacancies and unemployment. Waller suggested that if aggregate demand is reduced, unemployment will rise, but without necessarily spiking. In other words, the UR might move from 3.5% to 4.0%. A soft landing.

Like Rooster, the Beveridge Curve is more emotionally complex than its predecessor. Good luck understanding either. 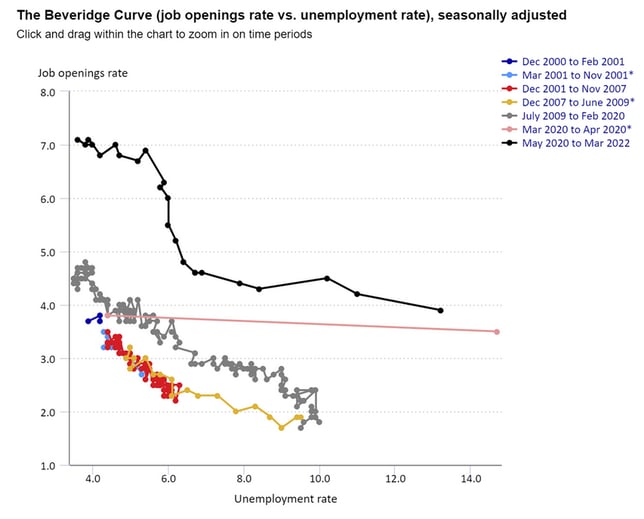 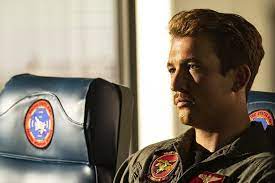 If you don’t remember Slider from the original, it’s because the 60 second volleyball scene wasn’t as impactful on you as it was on my wife. A peripheral character in the overall story line, he and I both live on the edge of the story, fly planes, and like volleyball. Unfortunately for my wife, that’s where our similarities end. This is literally the only appropriate image I could find from that scene. 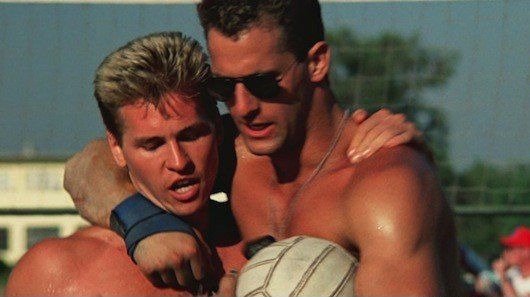 Quick – is this Danger Zone singer Kenny Loggins or an original character?

With Financial Conditions are barreling towards restrictive territory, this feels incredibly appropriate, right?

Furthermore, since 2008, every other time we’ve been in restrictive territory the Fed has turned accommodative. Yet this time, they are planning on restricting more and more.

Highway to the Danger Zone indeed…

Cougar is the Naval pilot that loses his edge in the original, but what I remember is the ridiculous amount of sweat. Seems unrealistic. Then again, maybe this is how Biden looks right now before he gets toweled off for press conferences? 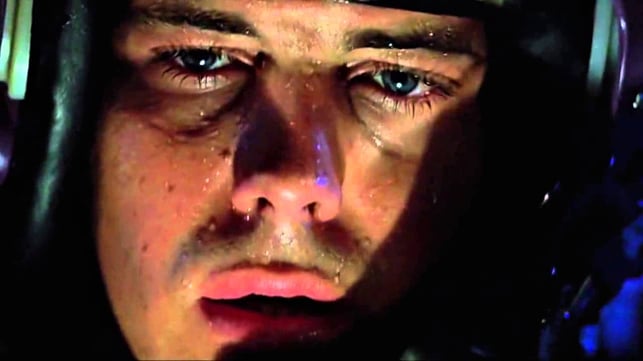 If the economy doesn’t make a turn, will Dems force Biden to turn in his wings before the ’24 election?

An upcoming book on Janet Yellen suggests she wanted the Biden administration to cut the $1.9T covid package by a third over fears of inflation. She ultimately lost that battle, but still went before Congress at Biden’s urging and encouraged Congress to pass the bill.

Iceman, a cocky aviator in the original, is now an admiral and the biggest supporter of Maverick. He has matured. He is wiser. Like Iceman, Yellen is also wiser. She said last week, “I was wrong about the path inflation would take.”

I have no direct knowledge if Yellen is as much as a close talker as Iceman is, but I really hope she likes showing off her teeth as much. 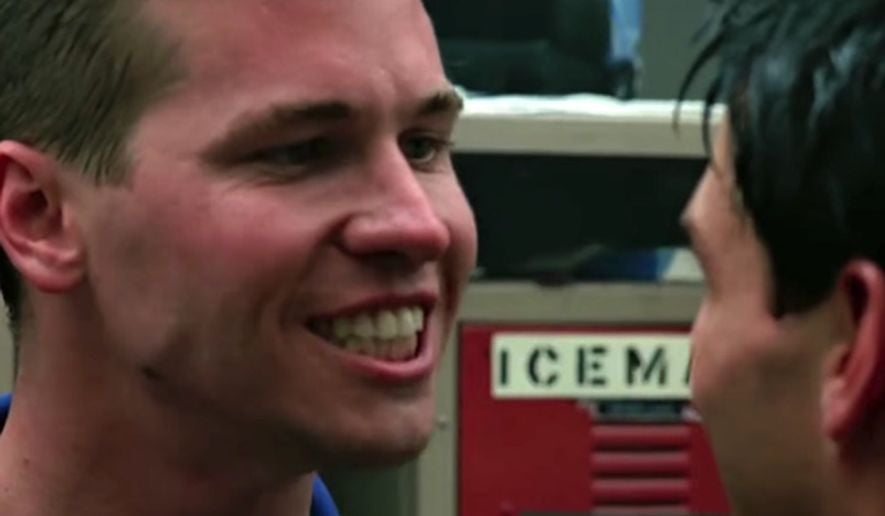 Cyclone, played by Jon Hamm, is the Air Boss, which is maybe the most military title ever. The Air Boss is in charge. He approves every phase of the mission.

Oh, and he’s very skeptical of Maverick. He is itching to ground him. He’s looking for any excuse to permanently retire him.

A cyclone is just the description of a hurricane that starts in the South Pacific instead of the Atlantic. JPM CEO Jamie Dimon made waves last week by cautioning about the incoming economic hurricane. (I thought about making Jamie Dimon cyclone, but I don’t think his ego needs another boost by comparing him to Jon Hamm…) 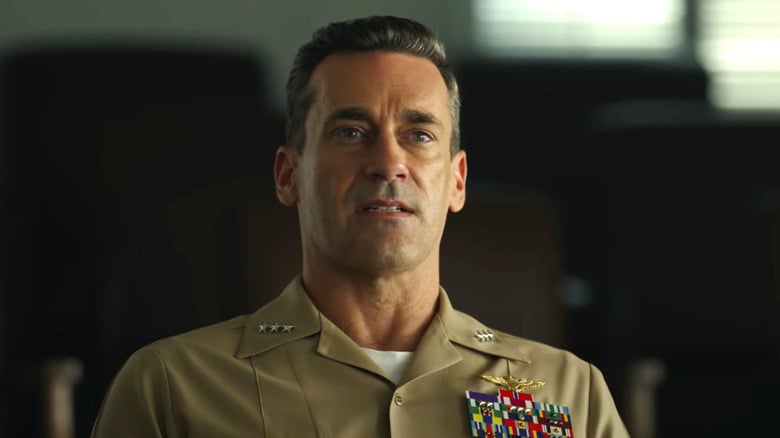 Ultimately, Maverick wins Cyclone over in the most Maverick way possible….by “borrowing” an F18 and flying the mock mission faster and better than any of the Top Gun students.

Will the 10yr Treasury ground Maverick? Or will Maverick ultimately win him over? Speaking of which…

Please. Was anyone else going to the protagonist of this story?

In the original, Top Gun chief Viper (played by Tom Skeritt) is discussing Maverick with the top instructor, Jester. Jester had just been shot down in a practice exercise, but it was below the hard deck so it technically didn’t count.

Jester: “His fitness report says it all. Flies by the seat of his pants. Completely unpredictable.”

Viper: “Tell me one thing, if you had to go into battle would you want him with you?”

No hikes in November, now 3.0% this year? That’s the definition of unpredictable. Maverick has been a rogue since the beginning, while Powell only recently went rogue.

Would you want to go into economic battle with him?

That’s basically verbatim the same conversation the market has had with Powell this year.

Market: “3.0% of hikes and trillions in quantitative tightening? What were you thinking?!”

Powell: “You don’t have time to think up there. If you think, you’re dead.”

Like Maverick, Powell is trying to pull off the impossible…while inverted. 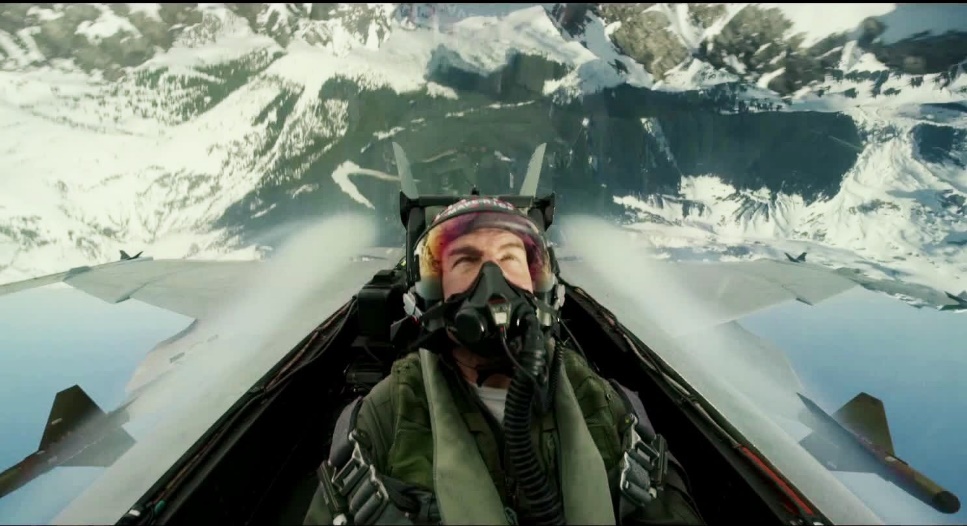 The similarities are endless. Powell tinkers with monetary policy, Maverick tinkers with a P51 Mustang. I wonder if Powell struts around in jeans and a plain white t-shirt? 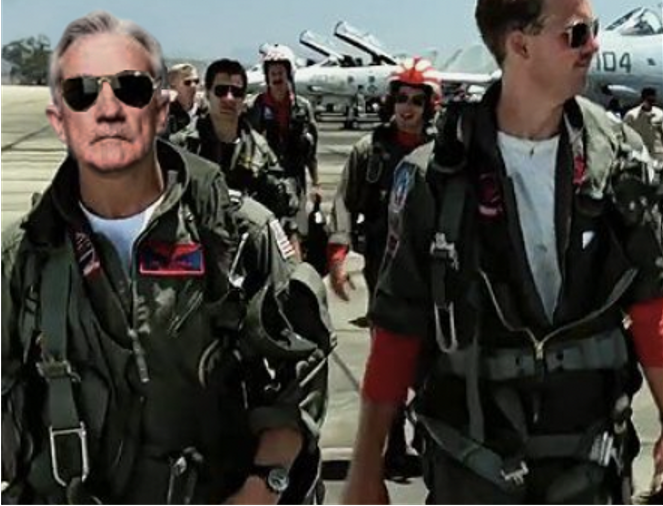