Scott Minerd, CIO of Guggenheim Partners, disagreed this week.  “I see the yield on the 10-year Treasury note falling to 25 basis points or lower very soon, with a possibility that it will go negative in the intermediate term—our target is -50 basis points, and in certain circumstances it could go meaningfully lower.”  On an interview with Bloomberg television, he suggested some outlier events could lead to a -1.00% or even -2.00% 10 Year Treasury yield.1 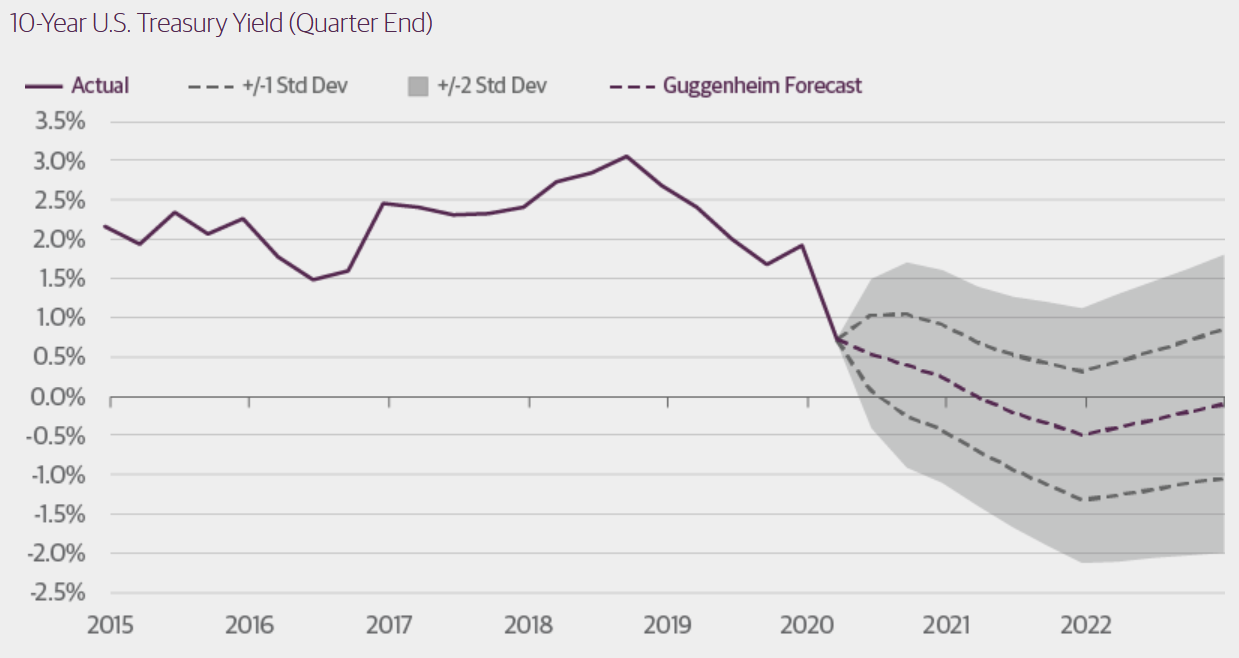 I’ve written countless times about the possibility of negative rates here in the US, so I should be happy to finally have some credible support!  Then again, it doesn’t take a genius to jump aboard the bond bull train and ride it for 40 years a la Bill Gross.

Instead of celebrating that someone far smarter than me is finally forecasting negative yielding 10 Year Treasury, I find myself skeptical.

The spread between the Treasury and the German Bund would have to collapse back to levels not seen since the financial crisis.  That, or the bund drives below -1.00%.

China is likely ahead of us by a few months, and their 10 year bond has rebounded 19%.

Here’s our 10 Year Treasury.  Should we expect some type of rebound?  Perhaps not coincidentally, a 19% increase off the recent 0.60% bottom would put the 10T right at 0.71%, so maybe we’ve already experienced our 19% correction?

In March 2018, we did a study on yield curve inversions.  Here’s how that newsletter concluded:

But unlike the stock market, the yield curve doesn’t lie.  If it inverts, we’re headed for a recession – it’s probably just two years away.

The biggest reason I don’t think the 10T will go negative, it’s the yield curve.  The yield curve inverts before, not after, a recession.

After a recession, the yield curve steepens.

All sorts of arguments can be made about why this time is different.  But that suggests to me that the yield curve may not steepen as much as it has in the past, not that it will invert again.

In January 2019 when the 10 year swaps were dropping below LIBOR , we wrote “But before you pull the trigger on a ‘no brainer’ fixed rate, carefully consider the historical track record of locking in during an inversion.”

The newsletter opened with, “Punchline first – an inversion is usually the absolute worst time to lock in a fixed rate.”

The 10T was 2.50% back then.  If you remained floating, you’re pretty happy with that decision right about now.

Turns out, the yield curve knows what it is doing.

The Fed is keeping the front end anchored and wants a positively sloped yield curve.  A deeply inverted curve would require fighting the Fed for an extended period of time or for it to cut rates into deeply negative territory.

Jay Powell has said time and time again, the FOMC does not plan on taking rates negative.  If he sees long term rates plunging and wants to counter it, how hard is it to drop a little nugget about tapering purchases of bonds?  Remember in May 2013 when Bernanke said, “If we see continued improvement and we have confidence that that’s going to be sustained then we could in the next few meetings … take a step down in our pace of purchases.”  That’s all it took for the 10 Year Treasury to spike more than a point in six weeks.

The fiscal deficit is likely to hit $4.5T and $3.5T next year.  That will be funded through increased Treasury issuance.  Even after accounting for the massive monthly QE, the market has to absorb a net $1T in 10 year bonds this year.  An economic rebound coupled with Treasury oversupply and a vaccine at some point feels like a recipe for at least some upward pressure on yields. 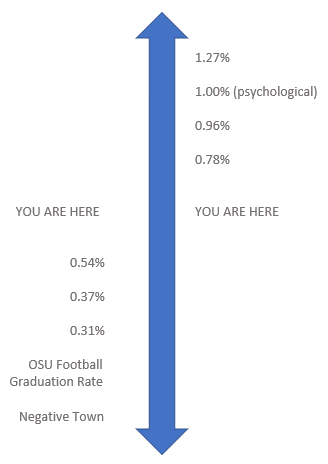 As this week’s Treasury auction reminded us, the US is still the world’s mattress.  I’m not proposing the 10T is about to spike to 2.00%, just that it is unlikely to go negative.

Some ways Minerd could be proven right and I could be wrong:

Good luck to all kids out there who will get to see a new side of their parents during home schooling.