Cap pricing is driven by multiple factors, most notably:

This is true even if the strike is above the peak LIBOR reset over the full term.  In other words, even if the market never projects LIBOR exceeding the strike, it will charge substantially more for a longer term cap.

Simplistically, this is because of variance.  The longer the term, the greater the variance of potential outcomes for LIBOR.  Even if the market doesn’t expect LIBOR to exceed a certain level, it feels less confident in that projection in month 48 than in month 12. 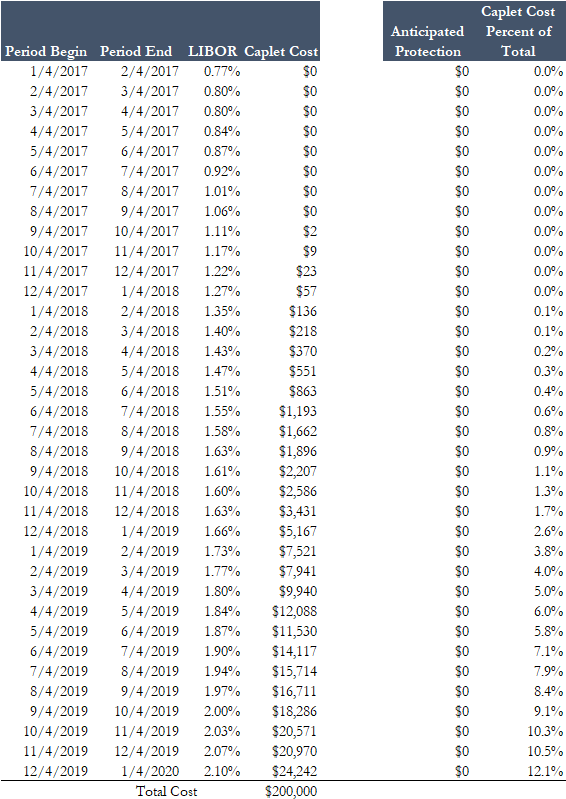 This client was trying to decide whether or not to buy a cap at closing.  Even though LIBOR and the At the Money (ATM) strike climbed substantially over the year since closing, the cost dropped by $133,000.

In other words, the savings from the time value eroding exceeded the increased cost from higher rates. 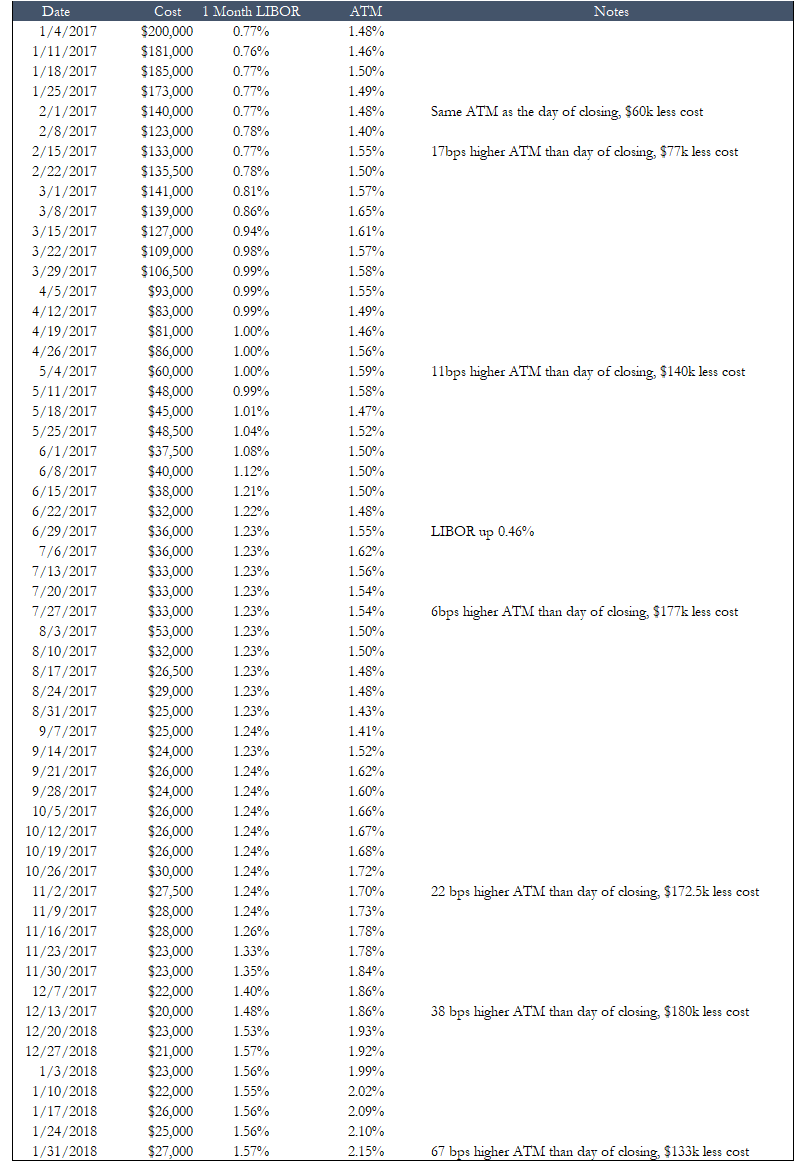 A large percentage of the cap cost is attributable to the tail months, even when the market doesn’t expect the cap to provide any protection.

Even as rates climb, the time value savings usually exceeds the higher rates.  Generally, rates must climb much faster than expected in order to offset these savings.

Some borrowers elect to buy a shorter-term cap initially, then monitor the future cap cost monthly/quarterly.