And THAT’S why Carolina Duke is the greatest rivalry in sports.

Meeting at the Fed

I had an opportunity to attend a function at the Charlotte branch of the Richmond Fed. The keynote speaker is an economist for the Fed and always does a great job of distilling complex thoughts into pieces a state schooler like me can understand (my counterparts at a certain more elitist southern university could probably understand the more complex issues, but even if not, they will have more time than me Monday night to dig in for a deeper understanding).

His thoughts were his own and not of the Richmond Fed or the broader Federal Reserve, but a couple of my own takeaways from that discussion:


The curve is inverted, a sign the market is worried about long term growth. As you know by now, an inversion today usually means a recession is about 18 months away (https://www.pensford.com/industry-news/inverted-yield-curve-analysis). 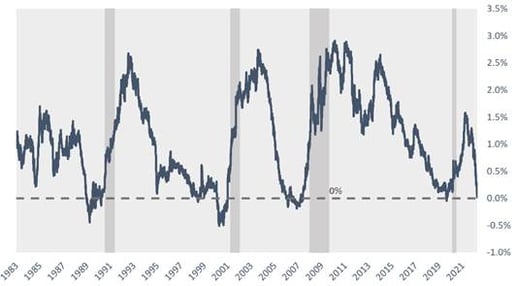 One argument why this time is different is that that QE has artificially kept yields low, but I’m not sure if can dismiss the inversion. We have precedent when the Fed tried to unwind QE and the 10T did pop temporarily, but eventually plunged back to 1.55% well ahead any of us hearing about covid. Plus, Coach K hadn’t just retired following back to back losses to the Heels.

Floating rates will be significantly higher over the next 18 -24 months. If you have a project with a time horizon of 3 years or less, plan on much higher interest expense.

If you have a time horizon of 10 years and won’t sell/refi early (and you have to be honest with yourself about that), 10 year fixed still makes a lot of sense.

I think the 10T could head higher over the next year because the economy does feel very strong and resilient. It feels like the market is overreacting to a rate tightening cycle. We can absorb higher rates. But how long will that last? There’s a good chance we are talking about rate cuts in the next 3 years.

If you are somewhere in between definite floater and definite fixed, I would be cautious about locking in for long term. If the Fed is cutting interest rates in 3 years, it likely means the 10T has already dropped and there could be prepay considerations at that time. If you need flexibility 3-5 years from now, you may want a hedging strategy that requires us to put our thinking caps on.

Remember some of our key takeaways from our fixed vs float analysis (https://www.pensford.com/resources/fixed-vs-float-analysis):

Be adaptable. Be nimble. But also be mindful of making a decision out of fear today.

As much as it pains me to admit, Coach K is the greatest college basketball coach of all time. He brought out the best in Duke, which helped bring out the best in Carolina. If Scheyer has the same sort of run that K has had, I will be almost 90 years old when he retires.

But mostly I’m glad the Heels beat him so we don’t have to watch highlights of him riding off into the sunset with dejected Tar Heels in the backdrop. Instead, we have a lifetime of images like this. 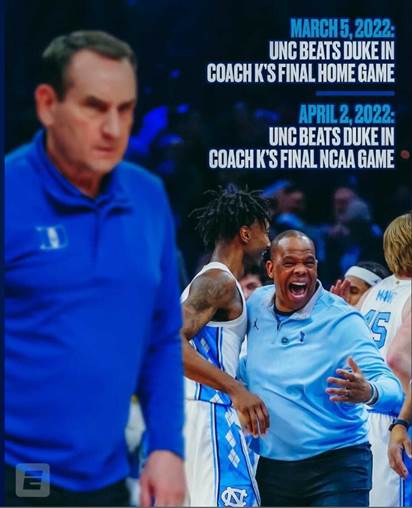 Enjoy retirement Coach K, you magnificent son of a…