The Fed Will Hike to 4% This Week

Let’s be clear – the candy is for me and I won’t be made to feel guilty for eating it. I have to dress up. Walk around a neighborhood filled with strangers that I spend the rest of the year avoiding. Pretend to be amazed by the 13th Minions costume while not lecturing the 17 year old's that are walking around in their school clothes (angst not included). Listen to our dogs bark every knock. Pretend the car that just drove up at 10pm and dropped off 17 kids actually lives in our neighborhood and then complains about the remaining selection of candy. Oh, and I’m the one that bought the candy. It’s not a Dad Tax if it’s my candy to begin with.

So yeah, I might give some of my candy to these kids, but the candy is really to placate me so I can tolerate their half-assed effort involving an overpriced Avenger mask.

Also, I’m going as a Leaf Blower Guy and I’m just standing in front of our neighbor’s house and running the blower for hours so he knows how it feels when he does that during football games. 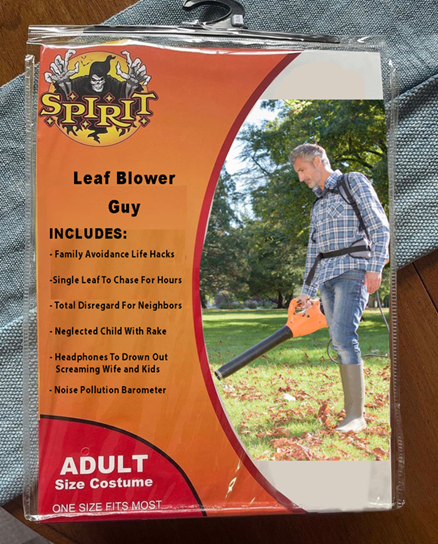 The Fed’s actions are working and we have moved into restrictive territory. The brakes are finally being applied.

Goldman has the same index, but for global tightening. And it looks even worse. Part of the reason so many economists are concerned about a recession in 2023 is that the coordinated central bank tightening is so dramatic this time around. Although Powell will be far more focused on domestic events, he can’t totally ignore the impact of US monetary policy on the rest of the world.

The economy is tighter than a James Franklin-led team with a 4th quarter lead against a top 5 team. 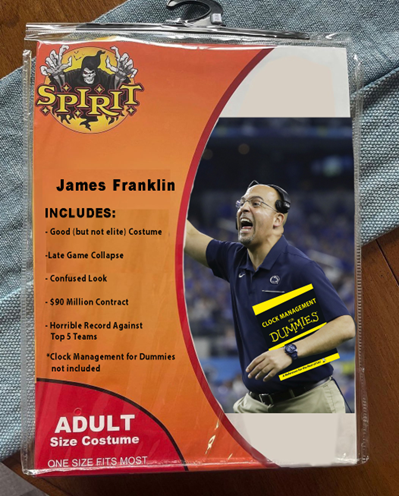 The Fed will hike another 75bps on Wednesday, pushing the upper bound to 4.0%. With another meeting in December, Fed Funds is likely to finish the year at least 4.50% and maybe 4.75%.

This meeting is all about the signal. Powell might even let the dots do some of the talking. Here’s what I expect the Fed to cover.

It’s hard to imagine right now, but what goes up must come down. Here’s how Fed Funds has behaved over the last 5 tightening cycles. The y-axis is the first hike.

I think Powell might also try to separate rate hikes and quantitative tightening. Given the liquidity issues in the Treasury market we highlighted last week, the Fed may be forced to intervene (a la BofE) if things deteriorate.

Since a pause with hikes could give up hard fought ground on the inflation battle, Powell will instead persuade markets that the Fed’s two policies right now impact different things.

This way, if the Fed does ultimately need to intervene, it can address liquidity via QT and not rate hikes. 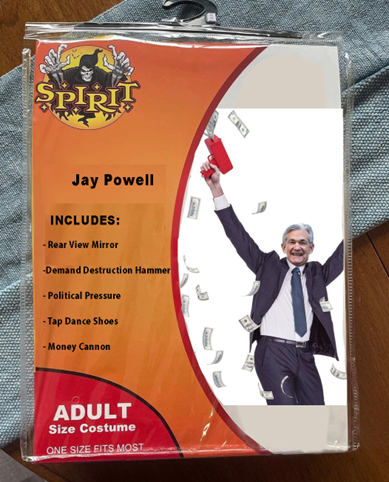 A higher 10T remains firmly on the table in the near term. As the Fed keeps hiking, it likely pulls the 10T with it, albeit kicking and screaming. The curve will remain inverted but if the steepness remains the same, a 5% Fed Funds implies a 4.50% T10.

Fast forward to this time next year, and it seems far more likely that the 10T will be well on its way to 3% than 5%, but in the near term all bets are off.

The inversion also keeps workings its way down the curve. The traditional measure is T2 vs T10, which first inverted on 4/1/22. Last week, 3 month T-bills were higher than T10’s.

10 year rates are now half a point below 3 month rates…that’s not a sign of a healthy economy.

Over the next several months, it is very likely you will be able to lock in below a floating rate. Before you call it a no brainer, please keep in mind this is usually the absolute worst time to lock in a fixed rate.

Tons of data this week, all of which will take a backseat to the FOMC meeting.

I’ll be at Game 5 of the World Series after rediscovering my passion for the Phillies…only after learning they made the playoffs following a game 1 win against the Cardinals. I stayed up until 1am Friday night watching the Phillies game 1 win over the Stros and I was utterly wrecked the next day. How did we use to do that regularly? 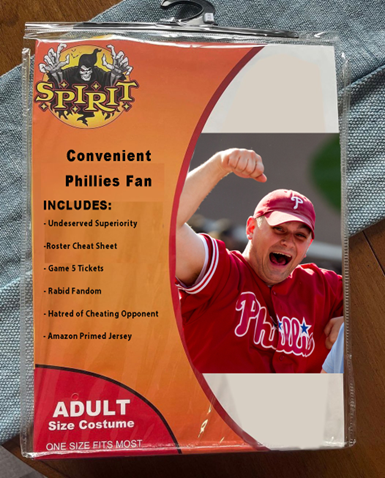